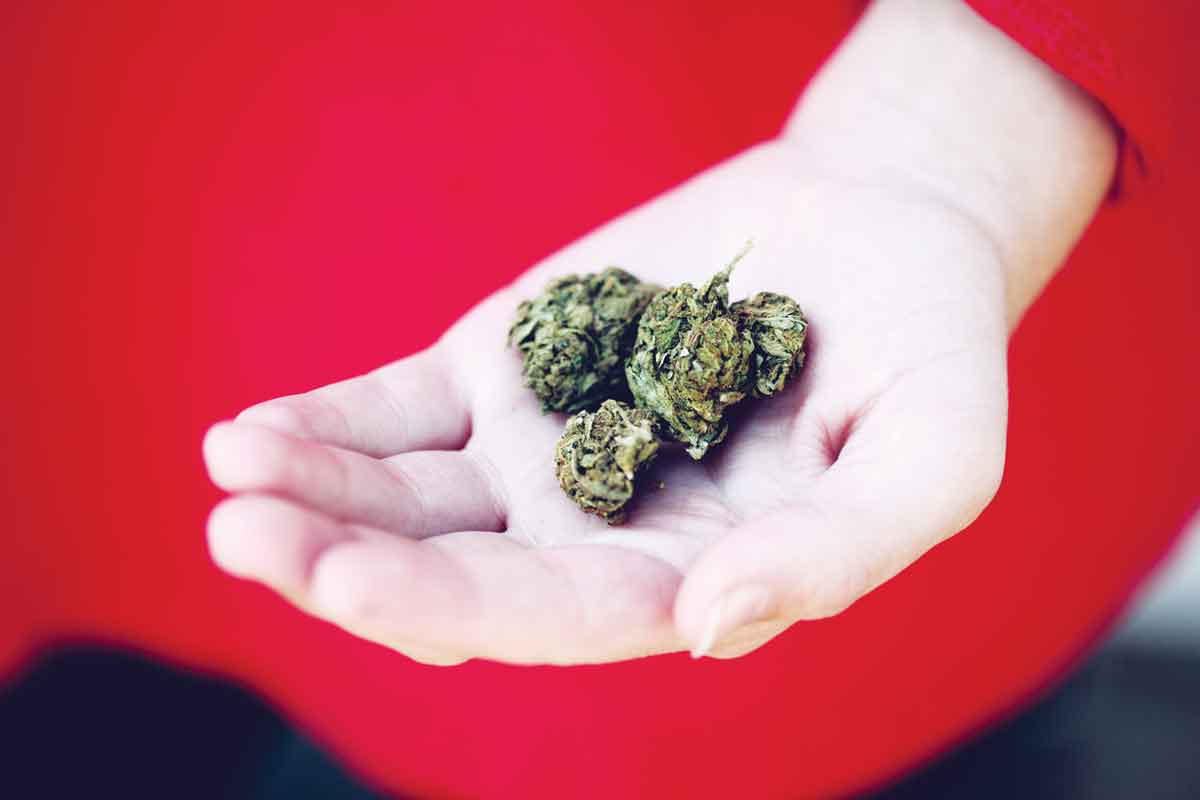 Two stellar companies, Kikoko and Saka, both owned and operated by women, have made a big splash in the cannabis industry. Their products are perfect for holiday cheer this year.

I recently received a “care package” from Kikoko, opened it immediately and began to test drive the goodies: cannabis mints, cannabis honey and cannabis teas. For three days—a Friday through a Sunday—I imbibed and monitored the effects on my mind and my body. It took effort, but it was worth it.

The organic mint green tea, with THC and CBD, as well as licorice root and safflower petals, got me pleasantly stoned.

The care package came with a nifty booklet about Kikoko’s wellness teas, plus facts about the dangers of opioids and ways to relieve PMS. The booklet’s back cover boasts an image of a woman wearing black gloves and a black hat. I think of her as one of Kikoko’s sophisticated customers, though I know one doesn’t have to be a sophisticate to enjoy the teas, the mints and the cannabis-infused New Zealand Manuka honey.

Two self-defined “middle-aged women,” Jennifer Chapin and Amanda Jones, founded Kikoko in 2014. Headquartered in Sausalito, the products are manufactured in Alameda County, which is friendlier to pot than Marin, where citizens vote “Yes” on cannabis measures, but where the NIMBY attitude prevails.

Marin doesn’t encourage the manufacture of products with THC and CBD, and on the whole, Marinites don’t want dispensaries in their neighborhoods, whether the San Geronimo Valley or around the Point Reyes National Seashore.

The only brick-and-mortar Marin dispensary is located in Fairfax, though the county has several delivery services. While the city of Sausalito recently gave cannabis companies the green light to transport cannabis products to homes and offices, storefront retail is prohibited.

Kikoko co-founder, Amanda Jones, who was born and raised in New Zealand, has lived in Marin for 30-plus years. “We wouldn’t sell anything we wouldn’t put in our own bodies,” she tells me. “We test our products at least four times before they hit the shelves.” Jones’ partner and Kikoko co-founder, Jennifer Chapin, says, “For decades, the cannabis plant has been demonized. We aim to debunk myths and educate the public about cannabis and wellness.”

Seventy-five percent of Kikoko’s employees are women. Half are people of color. At the manufacturing facility, women do much of the heavy lifting. “We’ve created an environment where women can be leaders,” Chapin says. When I mention the stereotype of the “stoner,” she says, “We’re not that!” She adds, “We want our products to help people with health concerns, have fun and look to replacing pharmaceuticals and alcohol with cannabis.”

House of Saka makes a beverage from Napa Valley grapes that has zero alcohol content, but that’s infused with THC and CBD. It comes in pink and in white. Rosé de pinot noir grapes for the pink and chardonnay grapes for the white.

“Saka” (not saki) is the name of the beverage. The instructions on the label read: “Pour ten capfuls into a glass, sip, savor and enjoy. Onset may be felt in as little as 5 to 15 minutes. Refrigerate after opening.”

“Saka” is named after a mythical tribe of women. The label features a warrior on horseback armed with bow and arrow.

On a recent Sunday, I sipped about four ounces of the white. Twenty minutes later I began to unwind. Space expanded. Time slowed down. An hour after my first sip, I was pleasantly high.

At a dinner party that evening with friends and neighbors, we paired the beverage with caviar, baked potatoes and crème freche, followed by a brined rotisserie chicken cooked by cabinet maker extraordinaire, Chris Sheppard. Herbalist Karin Larez prepared a salad of greens and tomatoes—the last of the season—from her own garden.

Karin’s mother, Thora, 85 and spry, drank the Saka, started to giggle and remembered the time, 50 years ago, when she came to San Francisco from Seattle.

House of Saka was co-founded by Cynthia Salarizadeh, who has eons of experience in the “cannabis space,” as she calls it, and Tracey Mason, who identifies as “a queer woman.” Mason says that after years in the wine industry she knows how to navigate “a male-dominated world.”

Salarizahed and Mason want their beverage to be enjoyed most of all by women, but they won’t be miffed if guys get into the act. They suggest that when you enjoy House of Saka “Saka,” you listen to singer-songwriter, Sade Adu, who killed it in 1985 with the hit single, “Is It A Crime,” and also Erykah Badu, who broke out of the pack with the LP Baduizm and followed it with Mama’s Gun.

Chez Panisse founder and cookbook author, Alice Waters, has often called for a “revolution of the senses.” Saka might help revolutionize your taste buds and expand your head. Drink it alone or with a friend, and of course drink sensibly.

Jonah Raskin is the author of “Marijuanaland: Dispatches from an American War.”