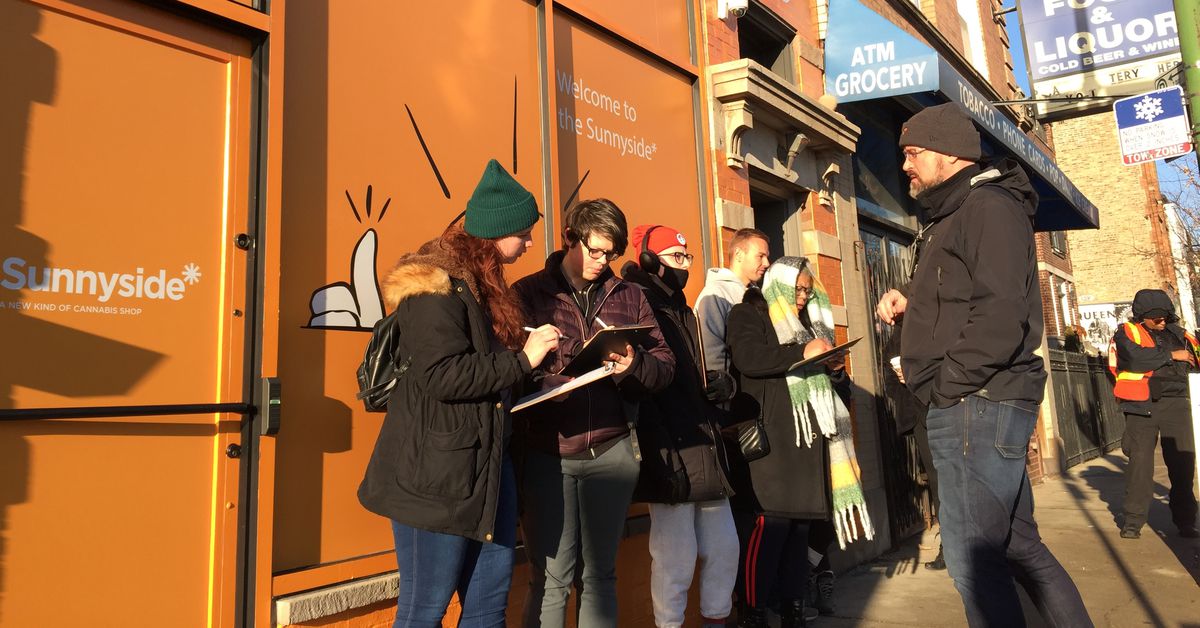 A major Loop-based cannabis firm reached a settlement with its co-founder last week after claiming in a lawsuit that he used company secrets to launch a new venture when he was ousted amid allegations of harassment and “misogynistic conduct.”

The lawsuit, filed Jan. 29 by Cresco Labs in the Supreme Court of British Columbia, alleged that Joseph Caltabiano engaged in a “litany of misconduct” as he helped build the company into a multi-state behemoth. After resigning under duress, Caltabiano teamed with another former executive and allegedly used “confidential” company information to help start a competing firm, Choice Consolidation Corp., the suit claims.

On Thursday, Cresco agreed to drop the suit after reaching “a mutual settlement agreement,” according to spokesman Jason Erkes. Erkes said the suit’s claims “have been resolved,” namely a dispute over removing Caltabiano from cannabis licenses Cresco holds in other states.

Meanwhile, a spokeswoman for Choice Consolidation contested the allegations in the lawsuit.

“Had it proceeded, Mr. Caltabiano and Choice Consolidation would have denied the allegations as untrue,” said Shawna McGregor, who noted the agreement also ended other litigation, including a suit Cresco brought in Cook County.

The latest lawsuit was filed in British Columbia because Cresco trades publicly on the Canadian Securities Exchange and Caltabiano’s new company is looking to follow suit. Choice Consolidation and Cresco’s former chief financial officer, Ken Amann, were named as co-defendants.

The initial filing claimed Caltabiano disregarded regulatory compliance issues and “facilitated and participated in creating a toxic working environment for employees of Cresco,” where he served as the company’s president and a member of its board of directors.

Facing his “impending termination,” Caltabiano stepped down as president last March but remained on the board until June, the suit noted. Following his “forced resignation,” Caltabiano allegedly contacted Cresco shareholders and other investors seeking their support and other “opportunities in the cannabis business.”

He ultimately partnered with other cannabis professionals — including former Green Thumb Industries CEO Peter Kaden — to launch Choice Consolidation, which is described as a “special purpose acquisition corporation” focused on pot businesses. On Jan. 22, the company filed a preliminary prospectus to raise $100 million for an initial public offering in Canada.

Caltabiano serves as the company’s chief executive, while he and Amann were both listed as directors. In establishing and marketing their new venture, Caltabiano and Amann “misused confidential information about existing Cresco investors, and information about Cresco’s business plans and [merger and acquisition] targets,” the suit claimed.

The same day Choice Consolidation made its announcement, Cresco fired Amann from his job as a financial adviser for violating a non-compete clause, according to the lawsuit. He no longer intends to work with Caltabiano’s new company.

Caltabiano previously had a messy break with the mortgage lender Guaranteed Rate, where he served as vice president.

Guaranteed Rate filed suit in 2017 in Cook County court alleging Caltabiano poached over 20 employees when he moved to a competing firm. Caltabiano then counter-sued, claiming he was owed more than $2 million. Both suits were ultimately settled and dismissed, McGregor said.